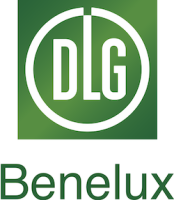 agrotech-agropars focuses on specialty crops, fertilizers and pesticides, seed and irrigation will take place from 26 to 29 April 2016 in Shiraz

DLG (German Agricultural Society) has further extended its involvement in international agricultural fairs by becoming co-organizer of the annual Agrotech-Agropars exhibition in Iran. The move is a result of the close relationship with key agricultural organizations and farming experts in Iran during the past decade, when delegations from the country have been regular visitors at DLG’s biannual exhibitions Agritechnica and EuroTier.

With nearly 80 million inhabitants and a GDP of 394 million (USD) in 2015, the country is already an important market for the European agricultural machinery industry, but following the recent nuclear framework agreement, and the subsequent lifting of the trade sanctions, a rapid increase of foreign trade is expected from the country.

The Iranian Ministry of Agriculture has also committed to significant subsidies for the purchase of innovative technology and investment in irrigation systems, and in recent decades, the country has also built up a considerable backlog in demand for foreign investment, and the adoption of modern techniques and technologies.

Agrotech-Agropars is the largest and most important agricultural fair in Iran. Now in its 12th year, the event takes place at the Fars International Exhibition Center, in Shiraz, the capital of the Iranian province of Fars, from 26 to 29 April 2016.

This modern exhibition center offers 17,000 square metres of exhibition space in five halls, and a further 3,000 square meters outside. The 2015 fair saw 248 exhibitors present their products, equipment and services to about 60,000 visitors.

This year, the Hafez Hall will provide 5,500 square metres of exhibition space that will be available for international exhibitors. Germany’s Federal Ministry of Food and Agriculture, for example, will welcome visitors to an official German Pavilion, while there will also a pavilion arranged by the Business France, the French agency supporting the international development of the French economy.

“We are looking forward to the Agrotech-Agropars exhibition later this year. DLG International has dedicated a large area in the central hall of the grounds to International exhibitors such as those in the Business France pavilion. The exhibition area also houses a high-caliber, two-day technical program on subjects including: water resources and irrigation (including greenhouse); herbicides and pesticides; plant production and phytosanitary issues (including fertilization); tillage (including seeds); and harvesting and harvesting equipment,” said DLG’s business development director, Jens Kremer.

DLG’s involvement with Agrotech-Agropars comes at a time when Iran’s agricultural sector looks set to enjoy a period of unprecedented growth thanks to renewed political stability. Imports of agricultural machinery into the country reached 210 million euros in 2014, which was more than double the 102 million euros achieved in 2013, so this new appetite for trade should prove particularly interesting to exhibitors at the event as it represents an ideal platform for building new commercial opportunities with Iran.

Assistance for international exhibitors
Agrotech-Agropars is organized by DLG International GmbH and the Iranian exhibition company Negah Sabz Pars (NSP). DLG International offers interested companies assistance with travel arrangements to the event, as well as extensive on-site support.
A "Hosted Buyer Program" at the event also means that the organizers can guarantee the presence of the main participants from the Iranian agriculture sector at the event.